Torrential rain on 21 March 2019 hits the northern part of Iran, leaving local people homeless in the Golestan province. Although the capital of the Golestan province (Gorgan city) is situated too far from the inundated area, Aqqala town has been seriously affected. Most of the agricultural lands in this region have been drowned and according to the authorities at least two people have killed due to the triggered landslides (reference: https://www.presstv.com/Detail/2019/03/23/591706/Iran-floods-Mazandaran-Golestan)

We detected the flooded areas using two Sentinel-1 images in IW mode before (2019.03.11) and after (2019.03.23) the event and the land use map of Iran. Figure 1 shows the RGB color map and the inundated areas (yellowish areas) in the northern part of Iran. 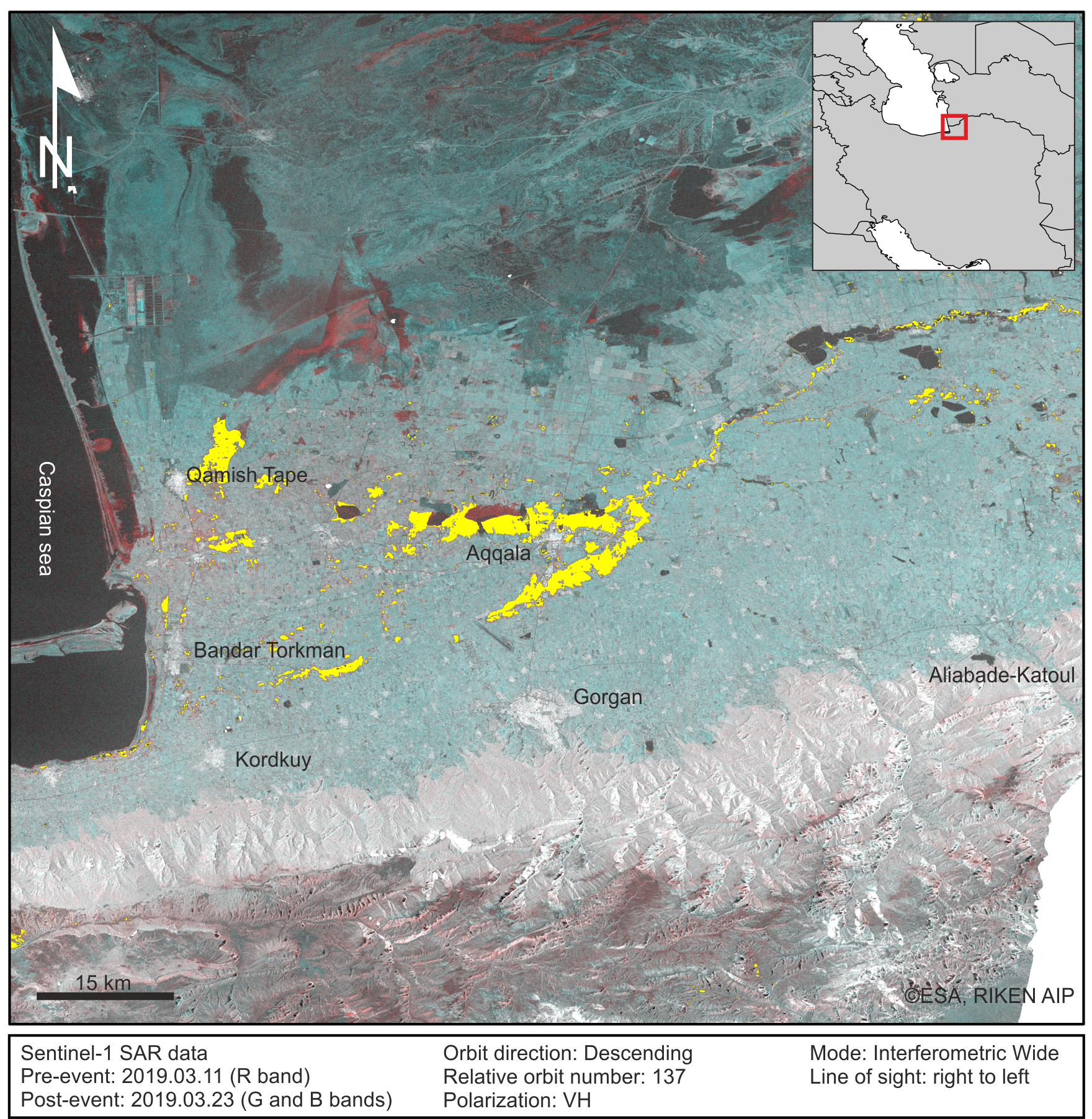 Figure 1. The RGB color map and the inundated areas (yellowish areas) in the northern part of Iran.